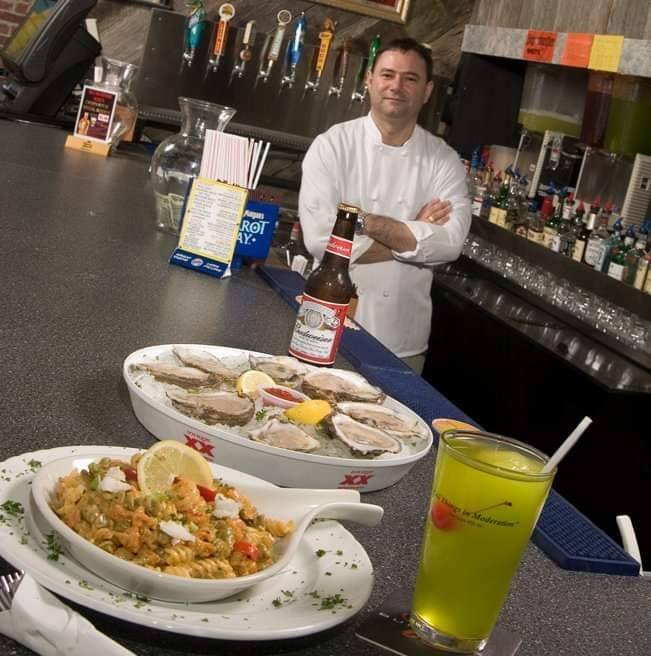 Alligator Ray’s chef, Stephen “Steve” Daney, is no average Cajun cook. His 20+ years of accomplishments, qualifications, and experience make him one outstanding chef with must-try dishes. He is best known for his New Orleans style cuisine covering Cajun, creole, and soul food.

Daney is a Louisiana native and trained Cajun chef. In the early days of his career, he worked in a neighborhood restaurant, Rendon Inn, that frequently served large political lunches. This experience led him to become the former New Orleans’ mayor’s chef. Mayor Marc Morial not only counted on Daney for food, but often went to him for advice on tough policy decisions. During Daney’s six years as the mayor’s chef, he was the host of New Orleans’ most prestigious guests and clientele. He was in charge of preparing lunch for the mayor on a daily basis and ensuring meals were prepared for unexpected meetings and large conferences. During his career, Daney has made meals for former presidents, various dignitaries, musicians, and actors.

In 2000, Steve Daney relocated to Arkansas to assist in opening a restaurant. This restaurant became known as Fat Tuesday USA. The Altus and Little Rock locations of this restaurant have been given rave reviews; many critics sight food as being “to-die-for”. Daney has since designed kitchen layouts, created menus, and calculated food costs for three Arkansas restaurants. From cooking up delicious dishes to being a business developer to working with the FDA to package his own Cajun spice, Steve Daney knows his way around the food industry.

At Alligator Ray’s he is serving up some absolutely delectable food that will make any Cajun or Louisiana native feel right at home!